While we previously had opportunity to visit California in the Long Beach/Los Angeles area, this time we were going to see an entirely different region of California – the Monterey Peninsula. Flying into Los Angeles would have meant a 6+ hour drive north via the freeway to Monterey. Flying into San Francisco and heading south, required only 2 hours 45 minutes according to Google Maps -that decision was easy; we’d fly into San Francisco and head south. First thing on our to-do list was to see the beautiful California coast that we see in the photographs and in the movies! We didn’t see it south of L.A., but it turns out the picturesque California coastline is actually between Los Angeles and San Francisco. 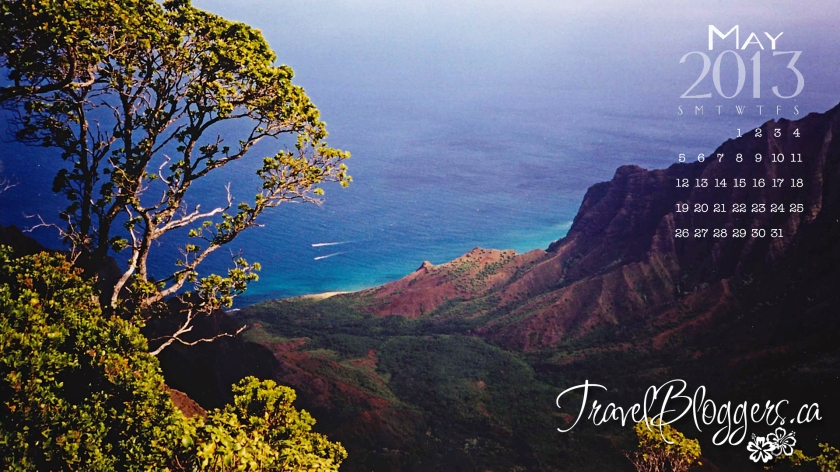 We’ve added May’s Desktop Calendar to our “Downloads” page. This month it’s Hawaii.. we hope you like it!